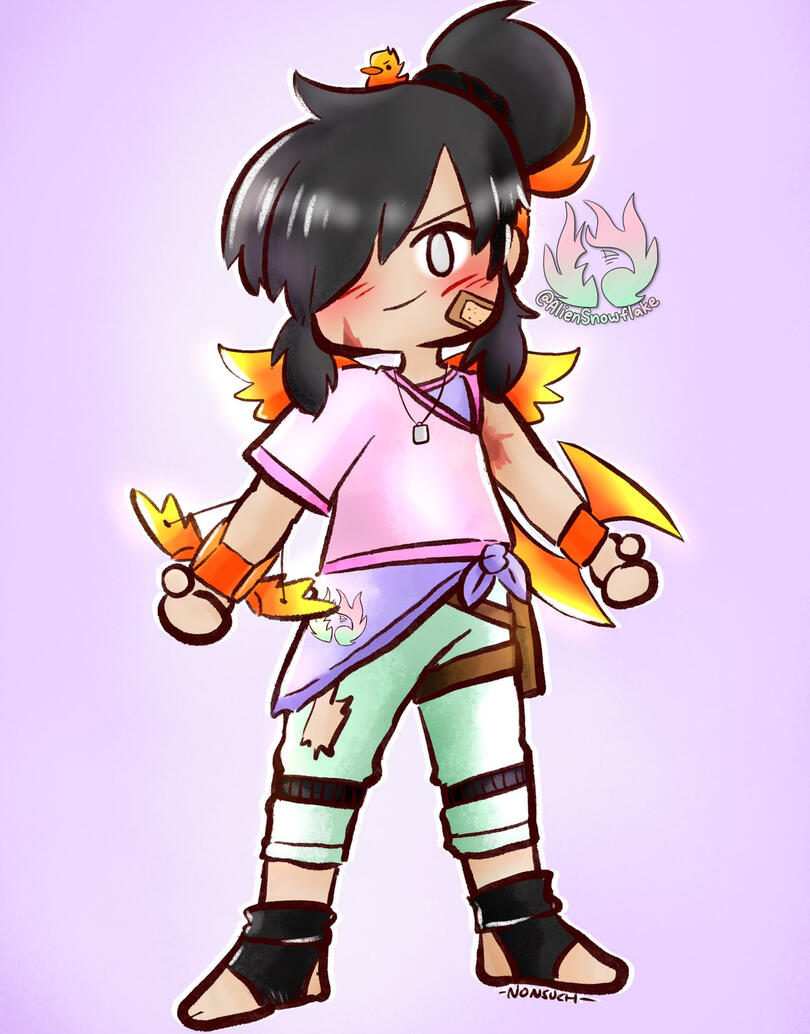 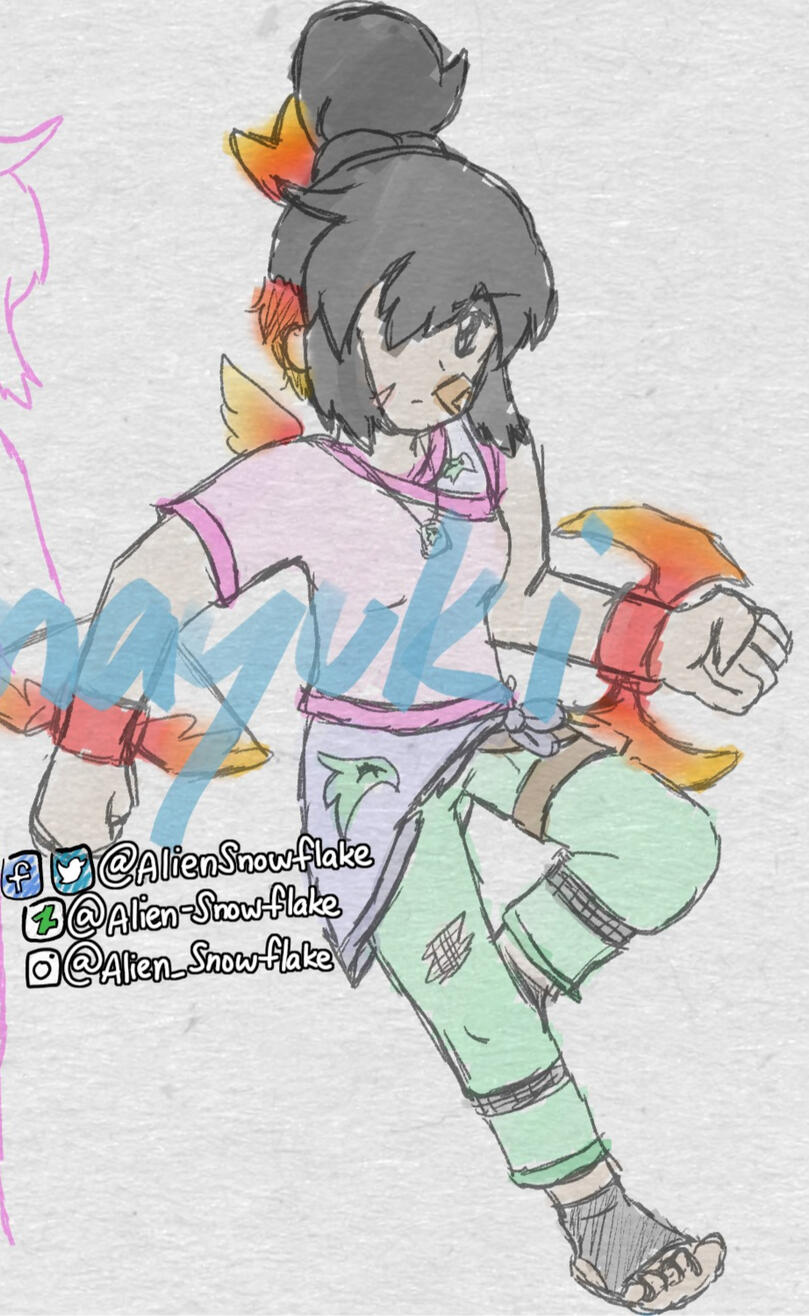 That one night when Ali was 12, her parents stayed longer at work at usual, so she set out to visit them herself. Instead of going the usual route, she tried to take a short-cut and stumbled upon the Schnee manor on the way. As a kid, she was curious on her own surroundings especially when it was new to her.

Upon searching the place, she flew up the tall wall and slipped on the way down inside the locked gates and severely injured her wing on the way down and that was when she met the younger version of the heiress to the Schnee Dust Company, Weiss. Afraid she would end up hurting her, she tried to escape the manor by flying away, but her injured wing prevented her from hovering the ground. 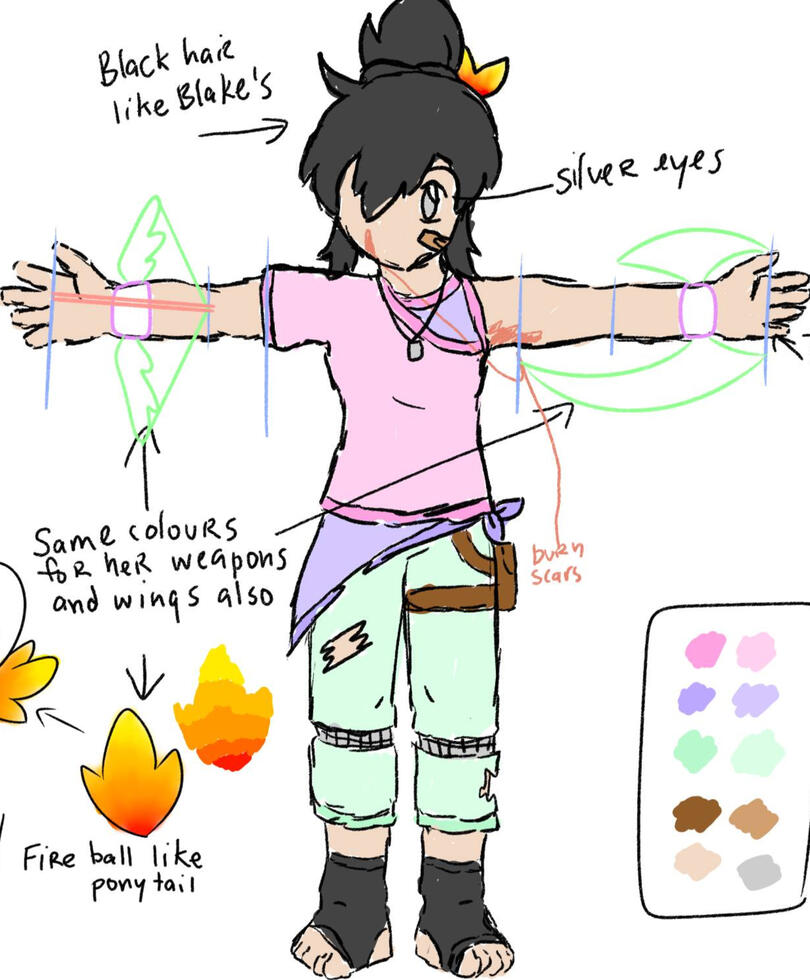 Aura: Her aura drains easily the longer she is in a battle. Her clones consume her aura more if she summons them.
Semblance: Ali can create copies of herself, maximum is three. Her clones are the exact replica of herself and can move freely on their own like actual people. They each share the same appetite, though. If one eats, the other two and the main Ali can feel it. The more they stay around, the more her aura drains out easily. So she tries not to summon them quite often when she doesn't need them. She even jokes around that her own team is with her clones at one point to team RWBY. The only downside for her copies is that their own set of faunus wings are located on her lower back. She refers them as 'butt-wings'.
Equipment/Weapon(s): She has two type of weapons in each wrist that can be detached and placed inside her small side bag. Her left acts like a shield when it opens up and can block from attacks. She could only do this many times before her aura drains out. They resembles as twin-blades around her arm. The inside blade is shorter than the one outside. Her right is complete opposite. It's designed as a crossbow. She can reload three arrows into it at a time and shoots when she 'finger-guns' whenever she wants. Her main arrow contains fire on the tip, creating 'fire-arrows'.
Silver eyes: Never in her life Ali managed to awaken her silver eyes, due to Jacque Schnee throwing a rock on her right eye as a child which damaged her eye completely, unable to use them anymore.